To find a comment in the comment library, use the Search bar in the top left. All comments containing that keyword will appear, along with labels for which question and version they belong to. 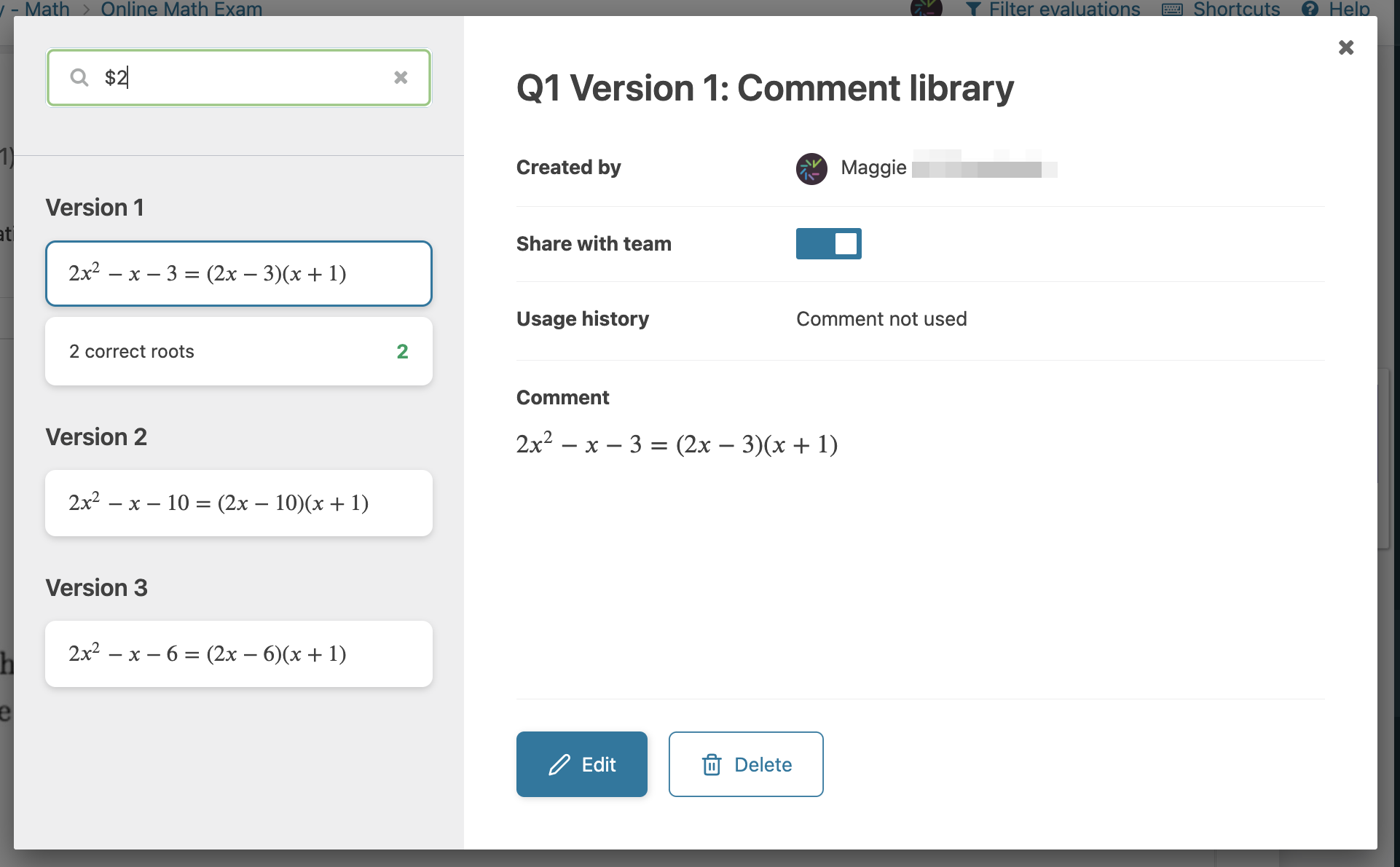 You can also search for a comment while grading: when you begin to type comment content, auto-suggestions from your comment library will appear below. If you’re grading a question with versions, comments that apply to the version you are grading will appear first, followed by comments from other versions. 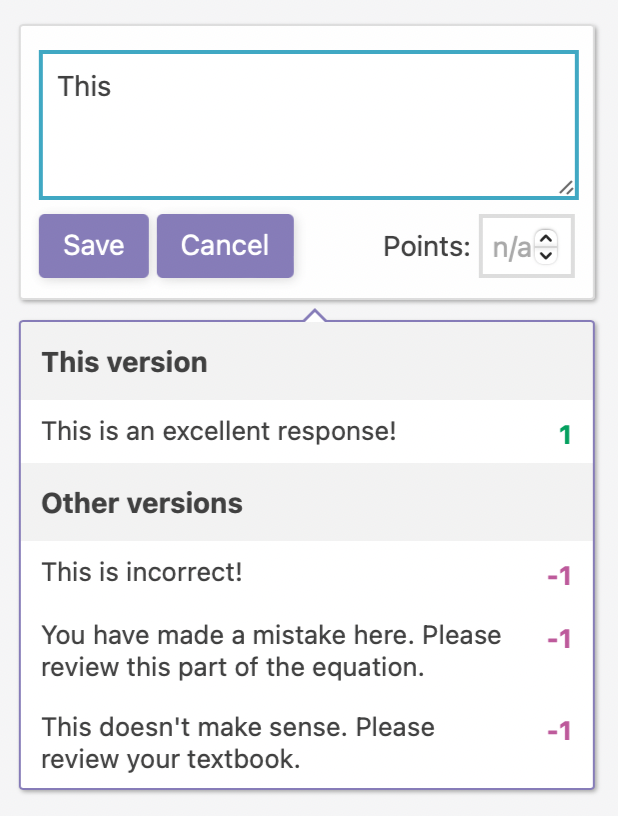 Comments from all versions will be available to be used. Duplicate comments across versions will display in each version, and will be linked automatically in the library to preserve bulk-editing.

Above each comment you will see the number of times it has been used. Grading teams can click on this number to show all evaluations using the comment using the filter tool. If the toggle to Allow graders to see each other’s evaluations is turned off, only Instructors and Facilitators will have access to this comment filter. 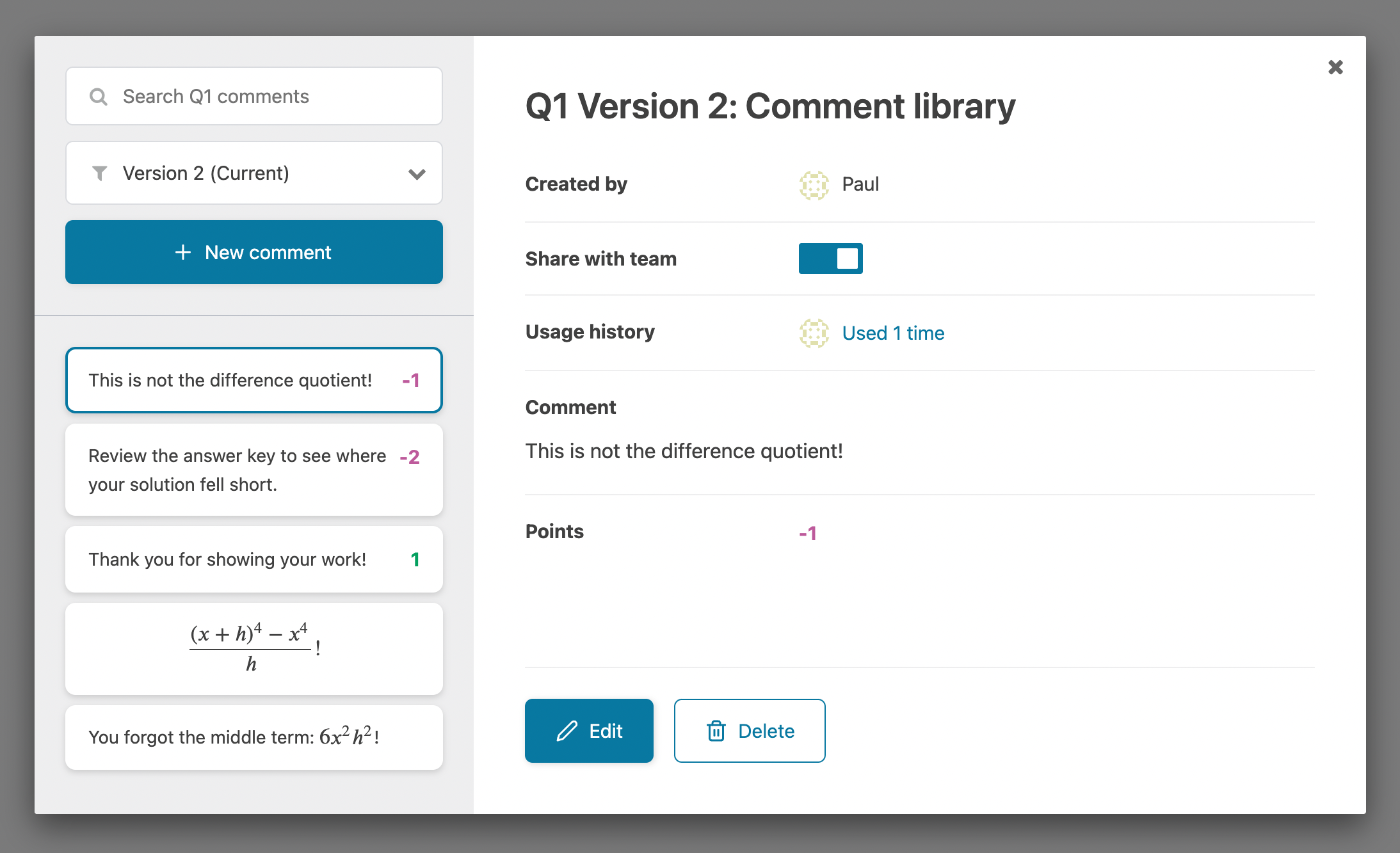 If a comment has been used multiple times, you can make changes to all instances of the comment by using the comment library. Graders can only see and make changes to their own comments, Instructors and Facilitators can see and make changes to everyone’s comments. Duplicate comments automatically revert to the existing comment in the library, so you won’t need to worry about having to edit more than one. It will be important, however, to keep track of minor edits that have saved as a new comment. In an assessment with question randomization where there are linked duplicate comments across versions, you will have the option of editing the comment for the current version, or for all versions. 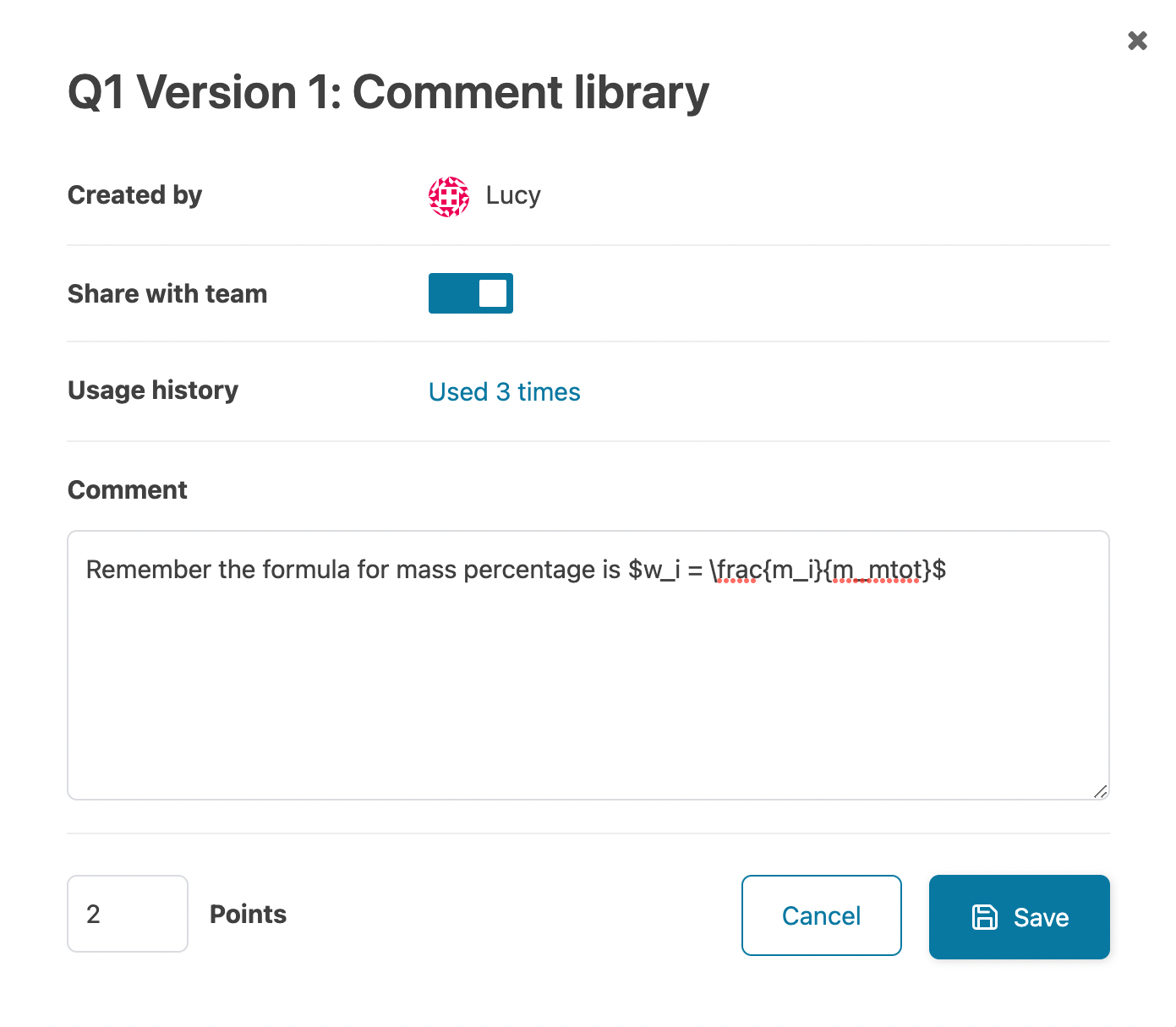 If you have a rubric or example feedback prepared in advance, you can create comments and associate them with point values without grading student work. 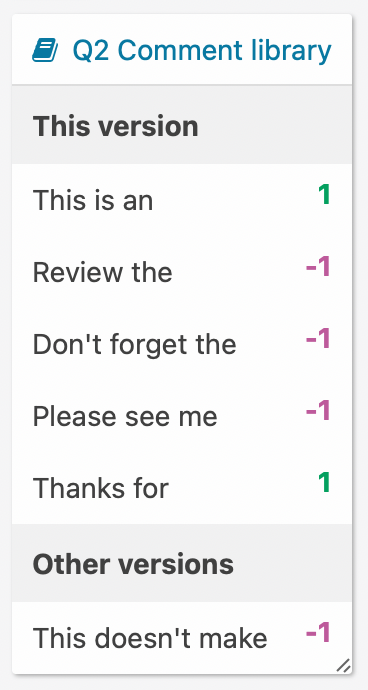 Sharing a comment with your team (Instructors and Facilitators)

Instructors and Facilitators can choose to share comments with the grading team. When a comment is shared, it will appear in the comment libraries and comment suggestions of all Graders, Facilitators, and Instructors on the team. The comment is read-only to Graders.

Can't find the answer to your question?