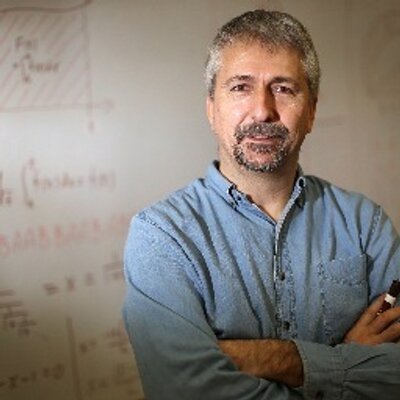 Robert Craigen is one of many instructors across Canada using Crowdmark to provide his students with more formative feedback.

Robert’s first experience with Crowdmark was during the 2012 Canadian Open Mathematics Competition (COMC). This was the beta test of Crowdmark’s grading platform, where Robert and 146 other graders across Canada used the platform to grade 70,000 pages through the cloud instead of by pen and paper. Grading was completed in half the time it took for the 2011 competition.

Those numbers may seem daunting; however, Crowdmark greatly streamlines the grading process. An Associate Professor at the University of Manitoba, Robert has always had an affinity for “mathletics”. While attending public school in William Lakes, BC, Robert honed his mathematics skills in both the classroom and competitions. “I always enjoyed mathematics and had good teachers growing up. They encouraged me to participate in competitions like Waterloo’s”.

Robert continues to pay this encouragement forward by regularly volunteering in K-12 math organizations across Canada such as the Manitoba Mathematical Competition, WISE Math, and Manitoba Association of Mathematics Teachers.

“I was skeptical of using Crowdmark at first in 2012 but was willing to give it a shot. It was surprisingly efficient. People were happy.”

While Robert did not participate in grading the 2017 COMC, his colleagues at the University of Manitoba used Crowdmark to evaluate the recording-breaking number of submissions in this year’s competition.

Robert plans to use Crowdmark in the future to facilitate grading the Manitoba Mathematical Competition, the province-wide contest for grade 12 students, of which he is Director.

Outside of competitions, Robert also uses Crowdmark for his introductory calculus course which sees over one thousand students per term at the University of Manitoba.

About the Author: Dustin is a senior account manager with DesignedUX, providing communications and marketing strategy to organizations in education and technology. Dustin is also a part-time faculty member at Centennial College and serves on the board of the Canadian Public Relations Society.